.Aura Bora sparkling water appeared on Shark Tank Season 12 and landed a deal with Robert Herjavec. If you’re wondering what happened to Aura Bora after Shark Tank, you’re not alone. Here’s an Aura Bora update and recap of what happened with the company during its pitch.

Aura Bora appeared on Shark Tank Season 12 Episode 11 and was pitched by husband and wife founders Paul and Maddie Voge. The sparkling water is created using herbs, fruits, and flowers and has no artificial sweeteners or calories. Further, the drink is designed to be an even healthier and more earthy alternative to the sparkling waters already on the market. 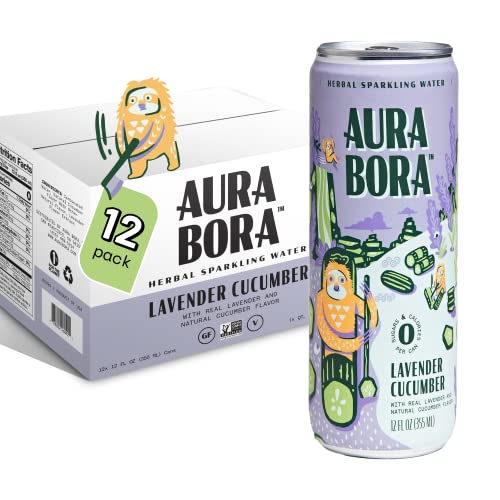 Prior to appearing on Shark Tank, things have been going well for Aura Bora. It’s already being sold in almost 500 retail stores and online. Further, during the Aura Bora Shark Tank pitch, Paul and Maddie shared that they had done $200,000 in sales year to date. Additionally, more retails have expressed interest and Paul and Maddie are expecting to do over $2 million in 2021.

Beverages have had a long history of not getting a deal in the tank, but Aura Bora seems to be an exception to the rule. Paul and Maddie got two offers, one from Kevin O’Leary and another from Robert Herjavec. Kevin was interested in a royalty deal while Robert wanted straight equity. By the time it was all said and done, Aura Bora left shark tank with a $150,000 for 15% equity deal with Robert Herjavec.

In terms of an Aura Bora update, the sparkling water is now available in all 50 states. It is also being sold online through its website and Amazon. Thanks to the deal with Robert, Paul and Maddie will likely be looking at ways to lower costs even further and possibly make new flavors.

If we get more news on an Aura Bora update, we will be sure to let you know! In the meantime, be sure to check out some of our other company updates from Episode 11.

Further, for more Season 12 company updates, be sure to check out our Season 12 Products page.