Heather Stenlake was the last entrepreneur to pitch on the Shark Tank Season 8 finale with her company Bridal Buddy. Heather came in seeking a $75,000 investment in exchange for 10% equity. After a bidding war amongst the sharks, Heather walked away with a deal from Lori Greiner and Kevin O’Leary. We’ve got our Bridal Buddy update ready if you’re curious to find out what happened during Heather’s season-ending pitch.

Often, the best products are so simple that you end up asking yourself how no one else thought of them. Heather’s Bridal Buddy is a good example of that. According to the product’s website, the goal of Bridal Buddy is “to save the brides of the world from having a horrible bathroom bridal experience.” Basically, it is a tool that lets brides go and use the bathroom on their own, without the help of a loving friend. 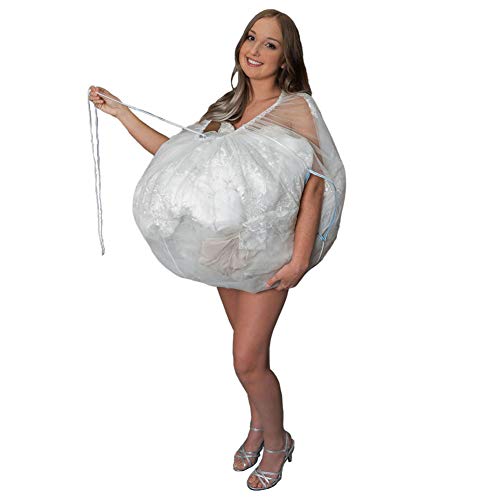 After seeing how practical and ingenious the Bridal Buddy was, the sharks started making offers. Kevin O’Leary was the first shark to speak up. He couldn’t help but joke around about how the product would break the long-standing tradition of bridesmaids helping the bride out.

After having a laugh at Kevin’s joke, Heather revealed that Bridal Buddy had done $195,000 in sales to date.

Now that it was the sharks’ turn to make their offers, Heather was all ears. Mark Cuban was the first to go out, but not because he did not like the product. Rather, Mark just didn’t want to get into the wedding industry.

Robert Herjavec also went out because he didn’t like selling online. Lori Greiner was the first to offer a deal for $75,000 for 50% equity along with Kevin. However, Lori’s deal came with a contingency that would bring Heather’s ownership stake of the business down to just 25%.

Lucky for Heather, Barbara was also interested. Barbara offered $75,000 for 33%, which forced Kevin and Lori to revise their offer to remove the contingency and lower the equity ask to 40%. Heather countered Lori and Kevin’s offer at 30%, which Barbara said she would be okay with. But, despite Barbara’s willingness, the lure of getting two sharks in one deal was too much and Heather shook hands with Lori and Kevin.

Now for our Bridal Buddy update, it appears that Kevin and Lori’s deal fell through. But, even so, Bridal Buddy appears to be doing well. As of April 2022, Bridal Buddy is still operational and has very active social media pages.

There’s no information available online about how much Bridal Buddy’s net worth has grown over the years. Judging by how much engagement the brand continues to produce, we can only assume that Bridal Buddy has sold more than $195,000 in products since 2017.

Don’t forget to take a look at our other company updates from Season 8 Episode 24:

Before you go, check out all of the company updates from Season 8 on our Season 8 products page.