In Shark Tank Season 12, two entrepreneurs named Harry Levin and Michael Sweigar, who hail from Ocean County in New Jersey, entered the tank to pitch their reusable pet hair clothes remover. They entered with hopes of landing a deal for $600,000 in exchange for 10% equity. At the end of the episode, the two walked away with a $600,000 deal for 15% equity with Lori Greiner, who will also provide an additional line of credit whenever necessary. With such a big deal secured with an entrepreneur who’s no stranger to pet producers, you might be itching for a FurZapper update. Well, don’t worry, we’ve got you covered.

FurZapper first started with Michael, who accidentally found out that silicone does a great job at removing pet hair from laundry while washing. Knowing that he had an incredible idea, he went on to partner with Harry, a lawyer, and animal welfare enthusiast, and the business was born from there.

The resulting product was a patented silicone pet hair remover that gently removes all pet hair from laundry during a wash cycle. All you have to do is put the product in with the laundry during the wash cycle and then into the dryer, and it’ll remove all traces of fur and send it to the lint trap. 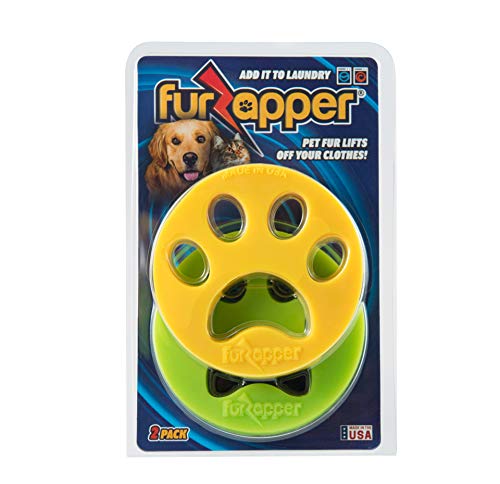 At the time of their pitch on Shark Tank, Harry and Michael were on track to do $5 million in sales, which impressed the sharks. However, it also made them question exactly why Michael and Harry came to Shark Tank in the first place. After all, they were already doing quite well. But, the two were able to refute this quite well, explaining that they were hoping to raise more money so that they could start manufacturing the product in-house. This way, the company could help employ more US citizens.

Ideally, the duo wanted to work with a Shark who had a tremendous amount of experience and background in manufacturing. Once the two got to explain how they’d got to $5 million in sales with low customer acquisition costs and high profit, four of the five sharks immediately made offers.

Ultimately, the duo felt that Lori’s business style and background fit with FurZapper best, so the two accepted Lori’s offer of $600,000 for 15% equity. In addition to this, Lori also pledged to extend an additional line of credit whenever necessary.

Now, for our FurZapper update, we’ll be glad to tell you that the pet hair remover is doing quite well. As a matter of fact, it has since become an even bigger hit online and in retailers. On Amazon, FurZapper has received 19,100 ratings so far. Numerous credible pet websites have also begun recommending the original FurZapper as one of the best pet hair removers available today.

Hopefully we will have another FurZapper update after Shark Tank soon to share even more good news. In the meantime, be sure to check out updates for some of the other companies featured on Season 12 Episode 20: