Hiccups are annoying, painful, and embarrassing. Before you try any of those folk remedies you’ve heard about, entrepreneurs Dr. Ali Seifi, Amanda Azarpour, Victor Feldberg have developed the HiccAway straw. This device stops hiccups almost immediately! After sharing it on Shark Tank Season 13, will the sharks see the value in this revolutionary device? Keep reading our HiccAway update to find out.

The HiccAway is an L-shaped straw that creates the perfect amount of pressure to stop hiccups. The design is backed by clinical studies and research, as well as plenty of customer testimonials.

As a business, HiccAway was doing well. With just over a year in business, sales were at $300,000. The sharks were a bit confused by the science behind the product, but Dr. Ali quickly explained how the straw worked. Basically, the straw creates pressure that pushes the diaphragm down and stops hiccups. 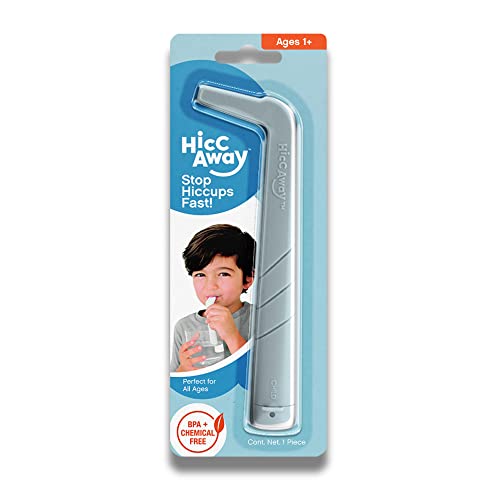 Barbara Corcoran was the first to drop out of the deal. She couldn’t see herself finding it when she needed it. Lori Greiner was the next to go because she didn’t see the need for it.

Mark Cuban made an offer because he could see it being part of everyone’s medicine cabinet. He offered $250,000 for a 20% stake and wanted a simple yes or no answer. Kevin O’Leary responded, saying he would do it for 15%, but Mark threatened to pull his deal if they entertained Kevin’s.

The three entrepreneurs huddled to discuss their options. They tried to counter Mark’s offer for 15% equity, but he refused. They accepted his deal after some aggressive maneuvering from Mark. So where is the company now? Let’s find out in our HiccAway update.

Outside of the study published in the Journal of the American Medical Association, HiccAway has been featured in publications like the New York Post, The Washington Post, Healthline, and The Guardian. Our HiccAway update showed that the company is still thriving and will likely only grow as a result of partnering with Mark Cuban and its appearance on Shark Tank Season 13.

When we get more news on a HiccAway update, we will be sure to let you know!

Make sure to check out our company updates from Season 13 Episode 12 here:

For more company updates from Shark Tank Season 13, take a look at our Season 13 products page.