Aaron Walls and Brett Vegas are MBA students from Cornell University who have teamed up to work on a solution for those who want to brew beer in the convenience of their homes. The result is BeerMKR, a home brewing system that comes with kits that let people brew craft beers at their convenience. They entered Shark Tank Season 12 seeking a $500,000 investment for 2% equity from a willing shark but were unable to land a deal. Here’s a BEERMKR update and recap.

Now, before we proceed with our BEERMKR update, let’s talk about what has to be one of the highest asks in Shark Tank history. Aaron and Brett entered the tank asking for a $500,000 investment for just 2% of the company, for a product that had yet to hit the market. However, due to its subscription model, the founders believed their company would be quite profitable in the long run.

After a successful Kickstarter campaign that received 1,000 orders already and nearly $400,000 in funding, Aaron and Brett wanted to see if any of the sharks were willing to take a bite. Unfortunately, no one seemed interested. 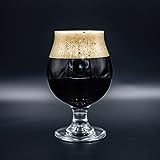 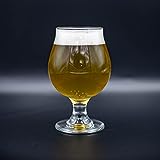 Barbara Corcoran was the first to back out. She remarked that the deal was like asking the sharks to “believe in the fairy godmother.” Meanwhile, Lori Greiner was a fan of how the beer tasted but did not like that the product hadn’t been in consumer’s hands yet.

As for Mark Cuban, he said that Aaron and Brett were on the right path, but believed that it would be difficult for the company to make enough money to give his investment a substantial return. The same goes for Alex Rodriguez, who did not like how much money the two were asking for.

The lone shark to extend an offer was Kevin O’Leary who described himself as a “connoisseur of all things with alcohol in them.” However, his offer came as a $500,000 loan with 9% interest and 4% equity, and the founders didn’t feel comfortable taking on that much debt this early in the business and decided to walk away.

While it is indeed unfortunate that the two didn’t land a deal in the Shark Tank, we do have some good news in our BeerMKR update.

We also found out that the company has actually started shipping products, meaning it’s finally in the consumer’s hands. In fact, according to their website, the BEERMKR + BEERTAP combo has received 49 five-star reviews so far. The same product is also considered the #1 in Home Brewing Starter Sets in Amazon.

We’re confident that our next BeerMKR update will continue to have good news to share! In the meantime, be sure to check out updates for the other companies featured on Season 12 Episode 23: