Boost Oxygen, a supplemental oxygen company, was founded by Rob Neuner in 2007 when he realized canned oxygen was a big seller in European markets. Out of curiosity, he started using canned oxygen to give him extra energy when he was jet-lagged and competing in triathlons. Given the popularity of canned oxygen in other markets, Rob and his business partner Mike Grice enter the Shark Tank in Season 11 seeking help with retail expansion. Their ask is $1 million for 5% equity in the company. So how did Rob and Mike fare in the Tank, and how is Boost Oxygen now? If you want answers to these questions, read on for our Boost Oxygen update.

In recent years, oxygen bars with different flavored oxygen have become very popular, especially in large shopping malls. Boost Oxygen brings the oxygen bar experience to consumers in their homes, in different can sizes and flavors. At the time of their Shark Tank appearance, Boost Oxygen was sold at Amazon and CVS stores throughout the U.S. and was the top-selling canned oxygen brand. They had also just gone into business with Major League Lacrosse, and are very well-known in the fitness and triathlete world. Boost Oxygen is not medical-grade oxygen, but it is suitable for recreational use, especially while exercising and training. 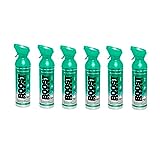 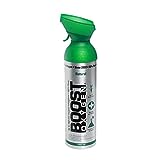 As of their Shark Tank appearance in 2019, Boost Oxygen had made $6.4 million in sales, gaining a profit of $1.5 million. Those numbers impressed the Sharks, but the majority of the sharks were concerned that there was too steep of an educational curve for potential consumers to understand the benefits and uses of supplemental oxygen; one by one, all of the sharks save for Kevin O’Leary backed out of making a deal with Mike and Rob.

Kevin initially offered a loan of $1 million at 9% interest for 7.5% equity in Boost Oxygen; after some haggling and negotiating, the trio agreed on a $1 million loan at 7.5% interest plus 6.25% equity. With a successful deal under their belts, how is the company doing now? We have a Boost Oxygen update for you!.

Since Boost Oxygen’s appearance on Shark Tank, business is booming. Rob and Mike’s company is now sold in over thirty national chains nationwide, including CVS, Bass Pro Shops, and Dick’s Sporting Goods, as well as on Amazon.

Rob and Mike appeared on a short update segment on Season 12 Episode 23 of Shark Tank, sharing that in the time since their pitch in the Tank, they have made over $15 million in sales. They have also expanded their retail presence from 4,000 stores to 8,000 stores in the U.S., including chains such as Walmart and Kroger.

Additionally, Boost Oxygen is projected to make $20 million in sales by the end of 2021. With its recent success over the last few years, we are sure to hear more about the business. When we do, we’ll be back with another Boost Oxygen update.

For more on Shark Tank Season 11, be sure to check out our Season 11 products page.