When you’re trying to introduce a new sport, it helps to have publicity. This is why John Pruellage and Alex Van Allen went on Shark Tank Season 12 to promote their new sport, Fling Golf. The two offered 10% equity of their company in exchange for a $300,000 investment and ended up walking away with a deal from Daniel Lubetzky for $300,000 for 25% equity. So, what’s happened since Shark Tank? Well, check out our Fling Golf update.

Before we get into our Fling Golf update, let’s talk about what happened on Shark Tank. When John and Alex entered the tank, they didn’t hesitate to tell their story and their pitch. The two also invited the sharks to come and give it a try, which Daniel Lubetzky did not hesitate to do.

As the demonstration was underway, Robert Herjavec commented that the two have brought lacrosse to golf, while Kevin O’Leary, ever the skeptic, suggested that golf courses probably would not allow this to happen on their courses. However, Alex assured Mr. Wonderful that the majority of the golf courses they’ve asked don’t mind if you play Fling Golf instead of traditional golf. 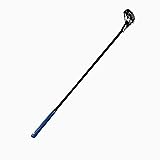 When Daniel asked about the valuation, John explained that they were less focused on sales and more on promoting the new sport. If the sport gained traction, then the sales would organically increase. So far, John and Alex have already put $1.5 million of their own money for Fling Golf while also raising another $500,000.

Mark Cuban went out first, stating that he was not interested in trying to create a new sport. Lori Greiner followed soon after because she did not like the valuation. Kevin didn’t like the sales, so he went out as well. Daniel was the first to make an offer for $300,000 for 33.3% equity, which Robert Herjavec matched.

John and Alex then asked if either one was willing to lower their equity ask to 20%. Daniel said that he’s willing to do 25%, which Alex and John accepted.

Now, for our Fling Golf update, we need not look further than the product’s official website. According to a blog post made 10 days after their episode of Shark Tank aired, Fling Golf reportedly had its “best month ever” in the 48 hours following the show. Although no numbers were ever mentioned, it’s safe to say that Fling Golf probably made more in that 48 hours than they typically do in a month and that the sport is getting plenty of publicity.

Since then, the company has only continued to grow and even has a dedicated community now called the “FlingGolf Players Club.” Who knows, maybe next time you go to the country club, you’ll see some Fling Golf equipment.

For more updates on companies featured on Shark Tank Season 12 Episode 24, be sure to check out: