Geoffrey Woo and Michael Brandt went into the Shark Tank back in Season 8 to ask the sharks for a $2 million investment for their company, Nootrobox. The two were ultimately not able to get a shark to take a bite off their next-gen supplement. Let’s take a look at what has happened to the company after the tank in our Nootrobox update.

Geoffrey and Michael entered Shark Tank asking for a $40 million valuation for their company. Nootrobox markets supplements that supposedly help boost things like focus, concentration, and stamina. However, while the two were very focused on the science of their presentation, they forgot to sell the sharks on it. 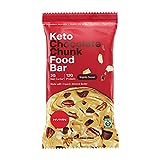 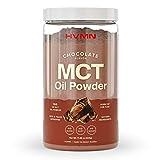 Guest shark Chris Sacca was the first to point this out and said it was the reason he’s wasn’t going to invest. Kevin O’Leary also had concerns about the product and the way that the two were marketing it. He describds what they’re doing as “flying very close to the sun” before going out. Meanwhile, Robert Herjavec didn’t like the valuation and went out.

Following suit, Lori Greiner and Mark Cuban also dropped out, forcing Geoffrey and Michael to leave without a deal.  With the pitch recap out of the way, let’s talk more about our Nootrobox update.

The episode aired back in December 2016 and a lot has happened to the company since. For example, it’s no longer known as Nootrobox. The company changed its name in June 2017 to HVMN, which stands for Health Via Modern Nutrition. The company also found itself in hot water in the same year after their own study found out that their product was not as efficient as coffee in boosting concentration.

Yet, despite all the criticism and failure to land a deal on Shark Tank, HVMN continues to sell products today. In fact, HVMN has expanded its product range and now sells ready to eat, mix, and drink supplements, as well as kits and bundles.

So far, HVMN has raised a total of $8.2M in funding spread across two rounds. There is currently no available public information citing how much HVMN is worth today, but if we ever get an update, we will let you know!

For more updates from Shark Tank Season 8 Episode 10, be sure to check out:

For more on Shark Tank Season 8, be sure to check out our Season 8 products page.