Who doesn’t like getting creative? Nowadays, creativity is a celebrated pursuit, and any product that allows people to get in touch with that side of themselves is amazing. Pink Picasso provides one of those products. Will the sharks see the spark in this deal after it’s pitched on Shark Tank Season 13? Read our Pink Picasso update to find out.

Ashley and Brittany Silfies are a wife-wife team that used to be best friends. They decided to leave their husbands and get married to each other, but that left them with no money for their three combined kids. With no other option, Ashley began thinking of what she was capable of and in an apartment, with the help of those kids, Pink Picasso was born. 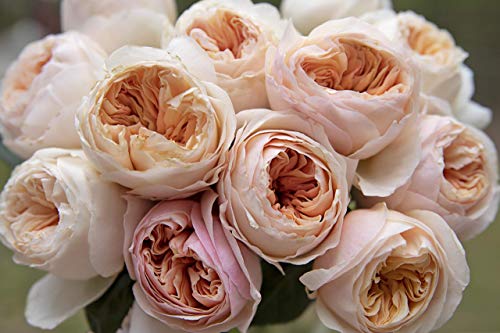 Pink Picasso provides paint-by-number kits that are rolled up into a tube, giving the customer everything they need to create their own masterpiece. It’s easy to store when you aren’t using it, and it allows everyone to be a little bit creative.

They are in 2100 boutiques but need a mentor to move forward. They want to license and want to be in big box craft stores like Michaels, but they need someone to make the calls and back them up.

Kevin O’Leary thinks he can be that person. He offers $400,000 for 33% of the company. He is very interested and says he can help with distribution. It’s a sharky deal.

Lori Greiner also wants in and thinks that she can help blow it up. She and guest Shark Daniel Lubetzky go in together at $500,000 for 20% equity.

Before they can react, the rest of the sharks need to get their offers in. Barbara Corcoran is out because she doesn’t think they need a shark. Mark Cuban isn’t a good fit, but he cautions themselves not to sell themselves short.

However, Barbara decides to come back in because she likes their determination. She offers a $400,000 loan for 5% equity with 8% interest.

The entrepreneurs have a lot to think about. They finally counter Lori and Daniel, asking if they’ll do their deal for 15% equity instead. They agree, and a deal is struck. Was this a great fit for Lori and Daniel? Continue reading our Pink Picasso update to find out.

Pink Picasso continues to do well after Shark Tank. Prior to Shark Tank, it had been featured on Oprah, and there are a wealth of rave reviews on their website. Our Pink Picasso update research turned over no new numbers since the episode aired, but it’ll likely only continue to expand its paint-by-number empire with the Shark Tank effect!