Raw honey has so many health benefits, and blending it with superfruits makes it even more potent. The Johnson family farm produces its own honey and it’s selling like crazy. After pitching their company on Shark Tank Season 13, will the sharks think this is a sweet deal? Find out in our Zach & Zoe Sweet Bee Farm update.

The Johnsons (Zach, Zoe, Kam, and Summer) are beekeepers who discovered the healthful benefits of raw honey. Zach, the youngest of the Johnson kids, had very bad allergies. After using raw honey for a few seasons, his allergies have completely subsided. After seeing the benefits of raw honey, they decided to bring it to other families. 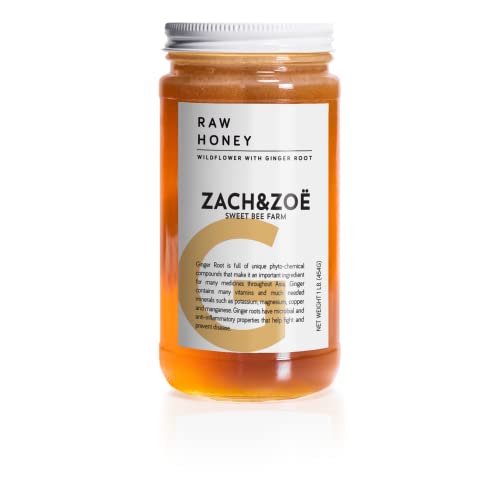 They grow, harvest, and package the honey themselves. They own 50 hives on their own property, and they outsource to local farms as well.

The small jars of honey blends are available in Macy’s and Bloomingdale’s currently, but they want to scale even further. So far in the year of filming, they’ve done $888,000 in sales. About 70% of their business is direct to consumers, and they don’t spend anything on advertising.

The sharks try their blends and they are impressed. Plus, the family business side of things is appealing. This family is so wholesome.

Mark Cuban starts off the comments. He says that scaling to serve the nation would require a lot of cash. They have a 23% profit margin, but Mark still can’t account for scaling. He’s out.

Guest shark Daniel Lubetzky is afraid of a bee colony collapse, which is a problem with other honey companies. They don’t take too much honey when they harvest, though it is a worry and they’ve had some issues with it as well. Daniel goes on to say that this feels like a family business, so she just can’t invest. He’s out, too.

Lori Greiner admits that she doesn’t eat honey at all, so she’s out.

This leaves Kevin O’Leary and Barbara Corcoran. Kevin is reminded of a deal he made with Wicked Good Cupcakes a few seasons ago. He blew them up into a huge company, and they all made money when they sold the company. He offers them the exact same deal he offered them: $150,000 for 0% equity, but a $1 per jar royalty until $150,000 is reached. Then, the royalty will go down to a $0.25 royalty in perpetuity.

Barbara, on the other hand, says that the entrepreneurs remind her of herself. She wants to play a big role in their company. She offers $200,000 for 20% equity and she’ll market it like no one else. She even goes over to stand with them, hoping that they will accept her deal.

They counter Barbara for 12% equity, but she wants at least 15%. They agree, and make the deal. Is this a sweet deal for Barbara and the Johnsons? Keep reading our Zach & Zoe Sweet Bee Farm update to find out.

Even before appearing on Shark Tank, Zach & Zoe Sweet Bee Farm was the talk of the town. They’ve been featured on Food Network, Family Circle magazine, Good Housekeeping, Woman’s Day, Women’s Health, BuzzFeed, and more. Their website features a wealth of goods, including beeswax candles, gift sets, and more. We’re sure that this family is going to blow up big time. Since the episode just aired our Zach & Zoe Sweet Bee Farm update didn’t turn over any new numbers, but we will keep you posted as we learn more!