TaDah Foods founder John Sorial comes from a family of Egyptian immigrants. He went to Johns Hopkins and studied chemical engineering before realizing he wanted to come up with a way to make authentic Mediterranean cuisine accessible and easy to prepare while doing good in the world. John stepped foot into the Shark Tank looking for $300,000 for a 10% stake in his company. After landing a deal with guest shark Daniel Lubetzky, you may be looking for a TaDah Foods update.

Right off the bat, the sharks were very interested in John’s product and company, and were even happier once they tasted TaDah Foods for themselves. Prior to the Shark Tank episode, John’s company had sold over $8 million in product to date. John’s company sells falafel street wraps and poppers of varying flavors, and the company donates over 25% of its profits to organizations around the world that are invested in social change. 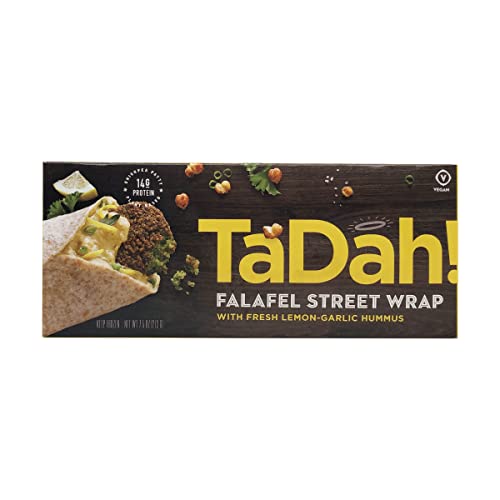 Once the financials were brought up, it was evident that John had run into some manufacturing issues. His co-packer was unable to keep up with the demand of a company, one of the top 10 frozen food sellers, causing the company in sales. Despite this small but significant setback, the overall demand for TaDah Foods and the fact that the company was in some retail locations already was a good sign for the sharks.

Despite all the good news, the sharks were soon met with the information that John had sold 75% of TaDah Foods to investors. This, coupled with the drop in sales and the 25% of profits donated to charity brought up lots of questions and concerns. Even with his setbacks, when asked by the sharks why he is still working on this business and hadn’t gone back to being an engineer, John got emotional, explaining his belief in his company and the good they are doing in the world.

After hearing this, Mark and Daniel both offered John deals: Mark offered $300,000 for 20% equity and a $500,000 line of credit, while Daniel offered $500,000 for 25% equity and wanted to work with John to buy out his investors and provide a line of credit down the line if necessary. After thinking it over, John accepted Daniel’s offer.

After making such a big deal with a fellow food company owner, it only seems right to have a TaDah Foods update. In the years since John’s time in the tank, TaDah Foods has made $4 million each year and is now sold in multiple grocery stores. So it’s safe to say that John’s deal with Daniel was a good movie, and we will be sure to let you know of any future updates!

For more Shark Tank Season 11 Episode 1 company updates, be sure to check out the links below!

For more on Shark Tank Season 11, be sure to check out our Season 11 products page.