SiliDog CEO Mikey Lickstein, who hails from Milwaukee, Oregon, headed to the Shark Tank in Season 8 back in 2016 to pitch his customizable 100% silicone and completely silent pet tags. The University of Florida MBA student eventually received an offer from all but one of the sharks present, before ultimately reaching a deal with Lori Greiner for $100,000 in exchange for a 30% equity in SiliDog, on top of a 50 cent royalty pet tag sold. After landing a deal, you may be looking for a SiliDog update, if so, keep reading!

Now, before proceeding with our SiliDog update, let’s take a trip back to where it all started and how it went for Mikey in the Shark Tank.

Mikey founded SiliDog back in 2014. He first got the idea after his rescue dog’s metal tags kept clinking all night due it his excessive scratching, keeping Mikey from getting any sleep. This problem led him to create a silent alternative that wouldn’t make any noise at all while the dog was scratching, walking, or eating out of a dog bowl. Thus, SiliDog was born. 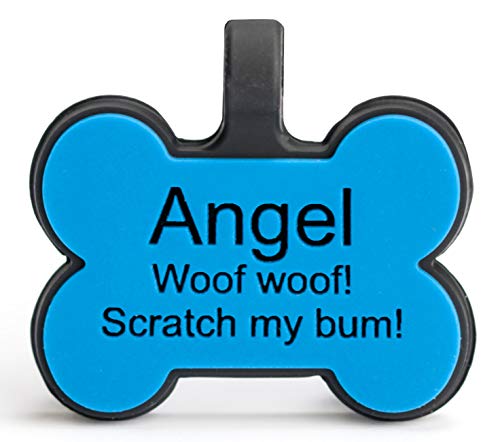 To secure funding, Mikey went to Kickstarter, where he was able to raise $11,000 from almost 250 backers. Of course, Mikey knew that a silent pet tag wasn’t enough to sell the product, it had to be durable and attractive as well. At the same time, Mikey made the first batch of SiliDog tags to glow-in-the-dark and resist fading. From there, Mikey managed to get SiliDog tags in 200 family-owned pet stores while he was pursuing his master’s degree in business.

Entering the Shark Tank with Bentley, Mikey impressed all the big-time entrepreneurs with his profit margin. He revealed that each tag cost him $2.99 to make and ship, but he sold them for $19.99 with free shipping with a lead time of 5 days after the customer placed their order.

At the time, Mikey had built SiliDog from the ground up and reached sales of $142,000 in 14 months, with the majority of his customers coming from trade shows. Mikey also revealed that while he was in a lot of brick and mortar stores already, his pre-sale costs were effectively zero. This is because he only sent a “starter pack” to stores where customers could sample the product and pay in advance to secure the order.

After seeing how well Mikey was doing by himself already, the sharks questioned why he was in the Shark Tank. He explained that he was still making the tags himself and that he needed additional funding so that he could scale his business from making a hundred or so units a day to thousands. Robert was the first to make an offer, offering Mikey $100,000 for 50% of the business. Lori then stepped in to make her offer, asking for 51% business so that she could keep a controlling interest. However, Mikey was less than enthusiastic and after making a counteroffer to Lori for 25% equity, Lori stepped out.

Yet, despite all the sharks being technically out at that point, an unexpected bidding war took off among the sharks. Barbara was the first to step back inside the proverbial ring offering the $100,000 as debt. In exchange, Barbara would get 30% equity and receive a $2 royalty per tag sold until the debt was fully repaid. This prompted Shark Tank’s resident royalty king, Kevin, to compete with Barbara, with the same terms but only for $1 per tag royalty, which Barbara then promptly matched.

Not to be outdone, Kevin dropped his royalty ask to 75 cents per tag, followed by Lori returning to make the same offer for 50 cents before Robert undercut everyone else by lowering his equity ask to match that of the other shark’s and dropping the royalty amount to only 25 cents per tag.

Unfortunately, in doing our research for the SiliDog update, we found out that Mikey’s appearance on Shark Tank was a double-edged sword. Although this led to a deal with Lori, Mikey just couldn’t keep up with the number of orders in the following days. As a result, SiliDog would receive numerous negative reviews from disappointed customers for a while.

Thankfully, this period didn’t last long for SiliDog and it managed to rebound magnificently. From its initial offering of four classic tags, SiliDog has now grown to offer more than 100 styles and colors. Additionally, the company also has a new product, SiliCat Tags.

Further, in our SiliDog update research, we found that Mikey now has 53 employees with an estimated revenue of $8.4 million a year. This is a far cry from his initial annual sales of less than $142,000.

In the meantime, be sure to check out some of our other Season 8 Episode 5 company updates:

For more on Shark Tank Season 8 companies, be sure to check out our Season 8 products page.