Healthy nut butters and spreads are popular right now, so what better way to spice up the market than with dates? They’re naturally sweet, and Melissa Bartow just couldn’t get enough of them, so she started Wanna Date. Read our Shark Tank Wanna Date update to find out if the sharks thought this was a sweet deal.

Entrepreneur Melissa Bartow couldn’t get enough dates. She starts off her pitch in such a way that we all think she’s talking about going on dates, not the fruit. Thankfully, she clarifies quickly, and reveals her line of date butter and spreads. 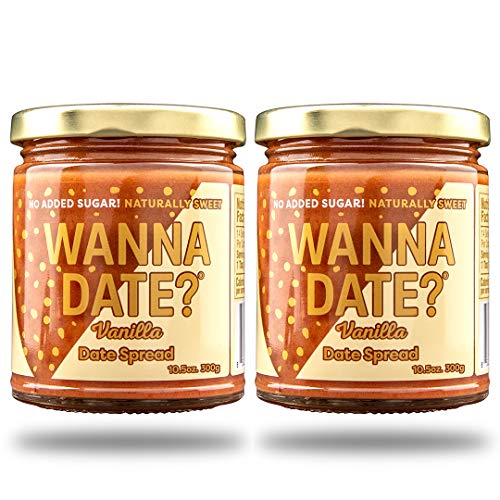 She has dates every day, she says, and loved the idea of spreading them on everything. So she created Wanna Date, a line of date spreads in indulgent flavors like chocolate and vanilla. She also makes pumpkin spice date spread, as well as a cinnamon version. The spreads are low calorie, vegan, oil free, have no added sugar, and have no cholesterol.

In short, it’s a health foodie’s dream. They’re so sweet, and the sharks love their samples. Melissa volunteers her sales numbers: in the last ten months, she’s had $31,000 in sales, mostly through wholesale, fairs, and markets.

Daymond John is the first to drop out of the deal. Without Melissa there to tell the story, he fears that consumers won’t find anything special about the product. Lori Greiner says the company isn’t established enough for her, so she drops out.

Barbara Corcoran has a different issue with Melissa and her company. During the questions following her pitch, Melissa reveals that her father is paying her rent. She just graduated from NYU and Wanna Date has become her full-time occupation.

Barbara says that she doesn’t see the hunger. Since Melissa is still supported by her father, there is no need to try as hard for success. She has no motivation and Barbara drops out. In response, Melissa starts fighting: she assures the sharks that she is set on success and that it won’t fail because she won’t quit.

Kevin O’Leary has an issue with the valuation and thinks that it’s too early for the company to be worth that much. He’s out.

That leaves Mark Cuban, who questions why there hasn’t been a ‘plain’ date flavored butter or spread, since there are people who love dates. Melissa expresses that she’d like to make one, so Mark makes an offer: $100,000 for a 33% stake in the company.

For a moment, it looks like Melissa might make a counter. However, she ends up accepting the deal because she wants to work with Mark. Did Melissa’s sales end up staying sweet? Let’s take a look in our Shark Tank Wanna Date update.

Today, Wanna Date is moving up in the world. Though scaling has been small, sales have increased. After the episode aired, Melissa was flooded with orders, and thanks to Mark’s deal, she was able to fill them.

Wanna Date sells through their direct-to-consumer website, as well as on Amazon and in a selection of Whole Foods stores. Many of the stores that sell Wanna Date are locally owned health food stores. During our Wanna Date update research, we found that the company has $4 million dollars in sales to date, but yearly revenue numbers are not reported.

You can find the other company updates from Season 11 Episode 11 here:

Don’t forget to take a look at our Season 11 products page! We’ve got more company updates from Shark Tank Season 11.